This is a collection of 22 travel stories on public transport in and around Rome. They are chronicles of events that actually happened on city buses, on extra-urban buses and on urban trains that circulate every day in and around the capital; facts of which the author was a direct witness. Some of the stories are outlined in a dry and rapid tone, in an almost compendiary style, others are enriched in environmental descriptions and illustration of moods; but almost all of them are marked by a good-natured irony that targets everyone, starting with the narrator himself. However, the playful cut should not be misleading. The amusing is often taken as a pretext to underline serious problems of contemporary society in an epochal moment of historical passage. There are several themes that are analyzed: superficiality, selfishness, carelessness, massification, cultural leveling; but also the dedication and attachment to one's work and to one's community. 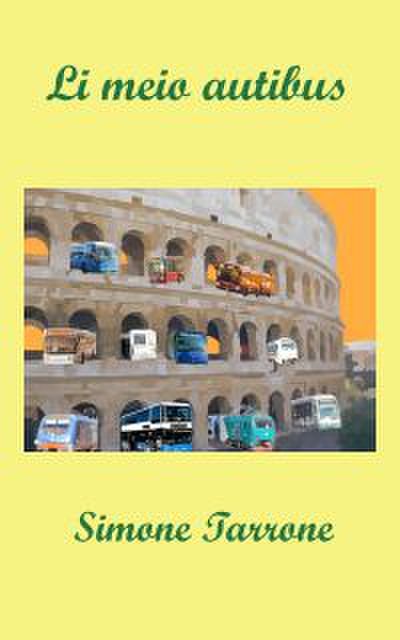 In reality there is a more or less flashy alarm that transpires in all the stories or almost: the urgency and the importance of a reappropriation of one's own personality. In fact, we often run the risk of a common leveling; risk conveyed by moods of boredom and self-cancellation "of flock kind", but above all by a strong hammering by the Social. This risk is then favored both by the communication tools in general and by the technical means that we now use from an early age.

There are in fact two transversal and fundamental messages scattered by the author here and there in the book. The first is hidden but emerges from a careful reflection on the contents: the invitation to use public transport also for one's own physical and spiritual well-being. And this is a real call, by SIMONE TARRONE: “Getting behind the wheel of a car is like masking. Let's stop moving like children dressed for carnival inside our toy cars that are nothing more than protective masks under which we feel free to make explicit the worst sides of our self! Let's move with bus, with trains, to realize how our neighbor is, to mirror ourselves and confront ourselves with him, to discover the reality and to come down from that olympus of selfishness that distinguishes us!"

The second message is instead explicit and repeatedly stressed: the danger of unconditional use of the smartphone. Dangerousness on a psychological level, but also on a material level, which is affecting today's society in a way that is so striking that it would be a subject of study for countless scientists in the coming generations (if they will still be there).

The book is currently available both in ebook and paper.